Born as Dursun Erbay and hailing from Amsterdam, this Dutch soul brother entered the music scene when he competed in TV show The Best Singer-Songwriter of The Netherlands in 2015. Over the years he’s written and produced songs for several artists and bands. Influenced by Lenny Kravitz, Prince and Dutch rockers Herman Brood & His Wild Romance, he debuted with “My Baby” in 2018.

Invigorating from the get-go, his new single combines the best elements from soul, funk and hiphop. Initially laying down a mellow funkalicious foundation with juicy drums and crisp electric guitar strums, it’s soon embellished with a fresh piano and his soul-rapping vocals narrating a breakup. With an ascending melody enriched with satiny strings, this delicious blend is filled with laidback vibes. 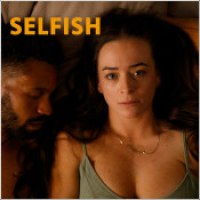